Everest and Hillary: the mountain and the family are forever linked.  On the 29th May, 1953, Sir Edmund Hillary and Tenzing Norgay made the historic first ascent of the highest mountain on earth, Mt Everest.  Peter Hillary was born 18 months later.

Peter grew up climbing mountains and participating in many of his father's expeditions and projects - travelling to the North Pole, up the Ganges River in India, climbing in the Himalayas, around the United States, and helping the mountain people of Nepal.

Peter's first summit of Everest in 1990 meant the Hillarys became the "first family" of Himalayan mountaineering with two generations of Everest climbers. They are also the first two generations of one family to have each established new routes across Antarctica to the South Pole. Peter reached the South Pole in 1999, and climbed Mt Everest for the second time in 2002 in celebration of his father's historic first ascent with Tenzing Norgay.  The expedition is the subject of the compelling National Geographic documentary Everest: 50 Years on the Mountain. 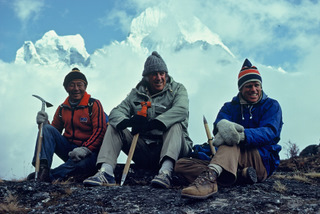 In 2008, Peter completed the Seven Summits, the highest mountain on each of the seven continents.

Peter's philosophy is to live life to the full.  He has led a life of high adventure since his father first took him climbing at age seven. Learn more about his expeditions and achievements. 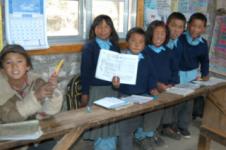 Himalayan Foundations is also part of the Hillary tradition, and in particular, giving back to the people of the Himalayas who make all Everest expeditions possible.

Sir Edmund Hillary dedicated much of his life to building and running 42 schools, hospitals, clinics and forestry programmes in the Himalayas. Today there are Himalayan Foundations in six countries to support this work, and Peter Hillary is a board-member, fund-raiser and regular Nepal visitor to continue this commitment to helping people help themselves. 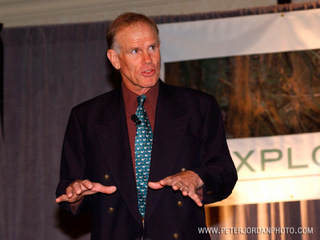 Peter is an experienced speaker who enjoys inspiring and motivating people to overcome their challenges in business, the outdoors and their personal life. He is a dynamic and easy speaker with a dry wit and a flair for storytelling, and is considered one of the world’s foremost Mt Everest speakers, equally at home with groups of 12 as he is with 12,000. He has spoken at conferences and events for many leading Fortune 500 companies, as well as the Wharton School of the University of Pennsylvania, and at the prestigious Distinguished Speakers Series of Southern California.  He has a range of presentations he can give, and has been acclaimed for his humour, relevance and storytelling ability.

Peter has been involved in numerous documentaries and films for National Geographic, PBS and Outdoor Life Network, as well as interviews for television shows including The Late Show with David Letterman, Good Morning America with Diane Sawyer, Ray Martin Up Close and Personal in Australia and the Charlie Rose Show in New York.  He is the author of six books including "In the Ghost Country: A Lifetime spent on the Edge" and numerous newspaper and magazine articles, including the New York Times, and the Sydney Morning Herald.  He has appeared in numerous documentaries, including the National Geographic feature, Everest: 50 Years on the Mountain. Click here for a more detailed list on Peter's  media appearances.

Peter is the author of four mountaineering books and one children’s book. His sixth book, In the Ghost Country, written with Melbourne jounalist John Elder, has received critical acclaim for its literary merit. 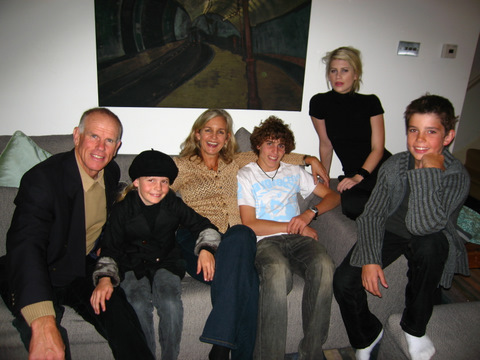 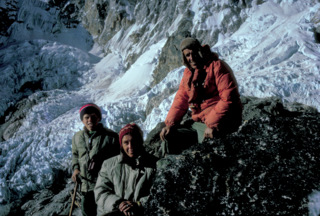 A memoir of extraordinary depth and brutal honesty, In the Ghost Country is the story of Peter Hillary's journey into a world of sensory deprivation. more...